We took some time to interview three of the Notts County Ladies team to find out their thoughts on women in sport, feminism and achieving your goals, if you will excuse the pun!

Notts County Ladies are looking great ahead of the start of the new season on March 29th, are you all ready?

Ellen White (Striker) – We still have a few more weeks to prepare as a team and I think having the FA cup game the week before gives us a really good platform to put into practise our hard work we have done in pre season. As well as hopefully kicking off our season in the right manner. It’s going to be exciting and now it’s just around the corner, so it feels even more real now.

Sophie Walton (Midfielder) – We are indeed!!! We’ve got a good pre-season under our belts, everyone is looking really fit and sharp and we can’t wait for the start of the season to start.

Sophie Bradley (Defender) – Ever since I can remember, I’ve always loved playing football. My dad used to take me down the local park with my older brother from a very early age. This is where I grew to love the game and didn’t want to do anything but play football.

When did you realise that you were fantastic at football and how difficult was it to be taken seriously as women in the sport?

EW – I don’t think I have ever thought of myself as a fantastic footballer, I just love playing football and I have been given some many amazing opportunities along the way and playing for Notts County is definitely something which I privilege and take pride in. I think perceptions are changing about women in sport, and that doesn’t just mean football, that’s right across the board. The amount of women in sport now being shown in the media is fantastic, it really highlights strong female role models for young girls growing up, which can only being a good thing.

SW – Fantastic is a strong word! Ha ha. My brothers play football and used to practise in the garden with my dad and I was always out there joining in. I started playing for my local boys team, Sherburn White Rose, when I was 6/7 and it kind of just went from there. To be honest, I’ve been quite lucky. I’ve had a few negative comments throughout my career, about playing football ,but apart from that I’ve always had great support. The game has grown a tremendous amount over the last 3-4 years in terms of the quality and the physical side of the game and we are now recognised as top athletes and the crowds are increasing at the games, which only proves that people are now respecting the sport and enjoy watching.

SB – I think already over the last few years womens football has made a mark and hopefully this continues to happen and the female games continues to improve and expanded getting more females involved in the game.

What do you think is the key to sporting success?

EW – Unwavering passion for the sport you are involved in, as well as dedication and hard work.

SW – First of all you have to enjoy the sport to be successful or you will never put the work in in order to achieve what you want. You have to be disciplined. I see my friends going out at weekends and wanting to catch up during the week, but I can’t because I’m training or playing. It’s tough but it’s absolutely worth it!! I’ve experienced some great things during my career, like playing in the U20 World Cup & European Championships and Cup finals and those moments make all the sacrifices worthwhile!

What would you say to people that claim women are unable to function in a team because of all the anticipated ‘bitching’? Is this a really outdated stereotype that needs to end?

EW – I didn’t realise that people actually thought about that when discussing women in sport. It’s an extremely interesting perception of women being in a team environment, something which I believe is extremely exaggerated. For me personally I couldn’t think of anything better than to be in a team environment, you are doing something you absolutely love, with people who are your friends.

SW – I think it’s just a stereotype that follows women around, whether in sport of not. I wouldn’t say it’s a fair one. You are not always going to like every person in your team and that goes for male or female footballers, that’s just life, but when it’s time to train and play you put those differences aside and I think the ability to do that and not let it affect the team is determined by your individual character not your gender! So yes it is an outdated stereotype that needs to end.

SB – In all fairness, I grew up playing football with boys, as not many girls wanted were as interested back then and I loved the challenge, so I’ve not experienced this side of things.

Women playing football continues to draw a strange reaction from certain, small-minded groups. How do you think we can overcome this?

EW – Women’s football is about 50 years behind the men’s game, so we have a lot of catching up to do. But I think it is definitely moving in the right direction with it being more accessible on our TV screens, social media and also in broadsheets. However there will always be those that have an opinion on something, it’s just trying to ensure we engage those that are interested in women’s football and sport and keep them enjoying it.

SW – I think it will always continue to draw that reaction from some people, but over the last 5 years or so that number of small-minded groups has dramatically decreased, which is good to see. I think the more we see coverage of the sport and the more publicity it gets, the more chance we have to help change peoples opinions.

Do you consider yourselves to be feminists or merely talented women playing a sport that is commonly considered to be a ‘man’s game’?

EW – I cannot speak for anyone else on there on views and opinions on this matter I can only speak on what I believe. Women’s football will always be compared to the men’s game, but like I said in the previous question we are 50 years behind the men. Men are completely different to women, they are fitter, faster and stronger so I don’t think we can really compare our games. We should be observed as a stand alone sport in its own right.

SW – I certainly don’t think we see ourselves as feminists. We are fully aware and understand that fact that we will probably never reach the heights of the mens game itself, but we are talented athletes who train and play just as hard and the quality is now there for everyone to see.

How do you see the future of sport developing? With women taking centre stage at the Olympics, in swimming, cycling, archery and sailing particularly, can we expect a shift in attitudes towards sportswomen?

EW – Are women not centre stage alongside the men in the Olympics?

SW – After seeing the progress of the game over the last 3-4 years I honestly believe the future is extremely bright for the sport. We have a league where the players are now full time and we are very lucky. 4 years ago I was playing for nothing and training twice a week, turning up on a sunday and playing, so to see the development has been amazing and I believe it will only continue. I believe the shift in attitude towards sportswomen is already in full swing and that was proven at the Olympics and specifically in terms of football. The women’s GB football team, and their success at the Olympics compared to the men, was the catalyst for the huge following and support women’s football now has and I hope this continues.

Have any of you ever experienced any gender-related discrimination or abuse (perhaps while on the pitch etc)?

SW – I would probably say we all have in our time. To be fair, I’ve experienced it more as I’ve gotten older than when I was a young kid. Social media is an easy way for people to get brave and I guess the more in the public eye we are, the easier a target we become and gender-related discrimination is the easiest for people to latch onto. It doesn’t bother me in the slightest and I don’t take it to heart. I’m glad to say it doesn’t happen too often.

SB – Only when I was at junior school, when I got the comment ‘women can’t play football’. Now all this seems to be in the past and women footballers are now recognised for their talent.

Can you ever see a mixed-gender premier league replacing the men-only one that is in place now?

SW – No, and to be honest I wouldn’t encourage it. Genetically, females will never compete physically with males. In terms of technical ability we aren’t too far away, but the physical side in terms of strength and speed will always be an issue.

What advice would you give to young women who want to pursue a career in sport?

EW – First and foremost I would say to absolutely love the sport you wish to pursue. And then it’s about listening to your coaches, working hard and having determination.

SW – I would say work hard and be disciplined, but enjoy your life too or you will fall out of love with the sport. If you can enjoy your journey along the way your career will go a lot further.

SB – Just that if you put you mind to something, you can achieve it. This whether you want to be playing, refereeing, coaching, etc. And of course, just don’t give up!

To find out more about the Notts County Ladies team, please click here.

All pictures courtesy of Drew Smith and Andy Stokes.

An Interview With Sophie Hart

An interview with Laura Byrnes

Mixing it up with Goldierocks 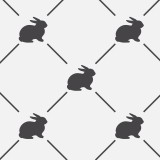