This is an open letter addressed to you on the off chance you happen to read it, but it is also to everyone else; the mothers, fathers, IVF children and families who were affected by your words.

This is a response to comments you made in an interview recently about the use of alternative methods of conception, mainly in reference to gay couples. My parents are not gay, but that doesn’t matter. By labeling children conceived through this method as “synthetic” you are talking about over five million people who have been conceived since IVF began.

As high-profile members of the gay community, I am surprised that you are so adamant that “The only family is the traditional one”. Shouldn’t you be fighting to break through the restrictions of dated traditions?  Trying to pave the way for the acceptance which so many struggle to find? To me, there is nothing more traditional than wanting a child, and through publicly condemning alternative methods of conception, you are belittling people’s acts of love.

My parents were married for ten years without getting pregnant before they decided to research alternative methods of conception. The IVF was expensive, tiring, and emotional for the both of them. It is not simply a case of fertilising an egg, and along comes a baby. The chances are slim, and there are risks of complications. My mother suffered a miscarriage after conceiving a child through IVF, and I can assure you that the heartbreak she suffered was as authentic as the child that she lost.

Every single one of those children conceived through IVF treatment had parents who went through similar trials and the authenticity of their act of love should not be questioned, but celebrated. When I was first told my IVF story, my initial reaction wasn’t that I was unnatural, but that I was lucky to be loved so much.

Is a child conceived ‘naturally’ through rape, more justified than a child conceived through IVF? Should two people be restricted for starting a family just because they are the same sex?
I think working with handbags for too long has blurred your definition of authenticity. People are not fashion items whom you are entitled to label as ‘real’ or ‘fake’. The chemicals that created me are the same as the ones that created you, and whether you are ignorant or just prejudiced, it is a matter that should be addressed.

I urge you to look at the stories and pictures about IVF that are being sent to you and see the people who to you are ‘synthetic’. Hopefully this experience will have broadened your mind and shown that being loved and wanted is the most authentic thing in the world, no matter who it’s by or how it happened.

Love is something if you give it away…

Fighting to be a mother 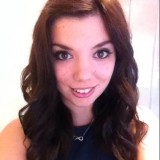