How My Social Worker Broke the Law and Saved my Life

Even in the act of advocacy, social workers must be careful not to impose their values on clients (National Association of Social Workers (NASW) Standards for Cultural Competence, 2004)

My social worker violated these ethics. She was fired. She saved my life.

I grew up in a radical religious community and, when eighteen, was taken to the only peripheral Jewish counselor in the community. I fell in love with her. Ms. Freidman held her head high, wore gaily covered scarves, laughed, and looked me straight in the eyes. She listened to me, high-fived me, and insisted that a woman was as loved by God as a man. She referred me to the Tottenham North London library and implored me to believe in my value. One day, she told me about Hans Anderson’s ugly duckling that craved to be the same as its ordinary brown-tailed siblings. I was a round circle in a square hole. I was beautiful, I was smart. I was abnormal because I was born in the wrong community.

One day, she asked me if I knew how kids were born. “Through germs,” I ventured. Ms. Freidman explained to me how dogs procreated. She could not explain more, she said, because she was not allowed to interfere with my community’s education but she urged me to gather information. Another time, I told her that approximately forty percent of my classmates were already married. Some saw their husbands under the wedding canopy for the first time. Their fathers determined who they would marry. Ms. Friedman: Do they love their husbands?

–          Love? Wasn’t love a shtick of the non-Jewish world. God wanted us to marry to have children to repopulate from Hitler. That was the first commandment in the Bible: Be fruitful and multiply a much as you can.

Ms. Freidman asked me if I liked my job.

–          My mother said I had to do it. Beside what else was there to do. All we learned was how to be a teacher or secretary. No GCSE or A-levels; forbidden to go to college; forbidden to work in a non-Jewish or irreligious environment. Or even out of the community.

So she asked me: what about my brain? And through personal connections, Ms. Friedman introduced me to Massoret College and arranged that I receive a scholarship, helped me hire a substitute kindergarten teacher for two days a week, and learn counseling, social work, and community-care. For the first time, I saw non-Jews and went on a bus, and for the first time I saw women in colored clothes rather than wearing black, navy, or grey. I slowly learned to look a man in the face when he spoke to me and learned that I could respond. I learned that you did not get cancer when you rolled your sleeves up to your elbow and concluded that God wanted me to think in order to use my wonderful mind to help others. I also learned strange things such as when I told the lecturer that her lessons made me gay and she told me not to use the word. Why not, I wondered. I had never felt happier.

Mrs. Freidman lasted for another two months. My mother discovered my books and Massoret and told her employers that she violated counseling ethics. A competent and sensitive counselor should keep her values to herself and respect cultural differences. Ms. Friedman caused me to question my culture, she helped me escape it and for doing so she was fired. For the next two years, I was beaten, forcibly married and isolated for the correction of my soul.

Today, I have a Masters in Philosophy and Logic, taught in a Hungarian university, counseled in a San Francisco jail, moderated an Israeli radio program, and worked with government ministers, so-called Messiahs, and rats. I chose to grow into a swan and become a woman on my own terms rather than an object of the female category whose body and brain would be vacuumed up by her community. All of this largely due to Ms. Freidman. True, Ms. Friedman violated her profession’s ethics. But shouldn’t a social worker or counselor break the law, every now and then, to save a child’s life? 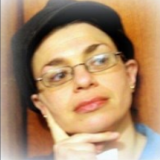