The meaning of success

Lena Durham, creator and writer of HBO’s ‘Girls’ says a lot of interesting and poignant things. I could write a whole load of them out right now but, at the moment, it’s not her that I want to mention; it’s her dad.

“This generation may be the first to be less successful than their parents.”

According to an interview with Lena Durham, this is what her father said to her before she began filming the first series of Girls.

Not exactly a pep talk, but it got me thinking. He might be right, but that really depends on how you define success.

I assumed that he was talking money-wise, and from the way things are going with the economy, this generation of twenty somethings may never be as financially stable as their parents. However I also assumed he was talking about a success that other people could view. How well known are you, and are you living the enviable lifestyle? When I first thought about this, the idea seemed horrifying.

So I’ll always be struggling for money? So I’ll just have a monotonous life? I’ll always just be in the peripheral? Ignored.

Well, possibly. But then again, that could all just be me being paranoid and well, needy.

I started to think about the things I really wanted to do in life and what that would involve. The more I thought about it the more I began to feel something I hadn’t expected. Relief. This pressure that I hadn’t even realised I had felt just…lifted. And this was because I realised one simple thing. My life didn’t need to be extraordinary to be worth something.

The more I spoke to other people my age the more I came to see that they were having the same thoughts as me. Love, friendship and family. That was what we all desired, when years ago it was something so different. Money, fame, admirers, that was what we all secretly yearned for, and in the end, it was a stressful dream to have.

Now I would never say that anyone who strives towards fame and wants the security of a high income is necessarily shallow. Nor would I suggest that they didn’t want love and a family, but I was able to realise that if I didn’t get those things, that I wouldn’t have failed in my life. My successes would be my own mine to decide, as would my failures.

Somehow, utterly bizarrely, Lena Durham’s dad had helped me to look at my life and my hopes for the future in an entirely different way.

I should really write him a letter and say thanks.

The measure of success

How To Find True Happiness

Travel for the soul!

In the driving seat 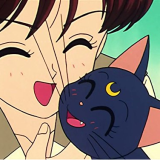