At work I was talking to a customer about their first time (don’t ask how we got onto that conversation. She told me she was 14 at the time and was pressured into it. Do you want to know what the lad said to convince her?

‘We have to do it. Or else my balls will explode.”

At this point I burst out with laughter. She told me she was stupid enough to be concerned with his health as ‘They did look a bit swollen.’

It got me thinking. If she believed that what other fibs have guys told girls to get laid? I have heard a lot of lines such as the famous ‘But if I don’t use it, it will fall off.’ but never fell for them. And as strange as it sounds I have even heard women say “I haven’t had sex in that long I think my virginity grew back.” Yes, grew back. I pray they were joking.  So women can be idiots about sex as well.

In Love But Not Making It

From the Mouths of Men: Sex on the first date

Not for the faint hearted…. Sex at the extreme… 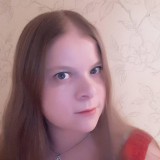