Gay Marriage is Wrong Because:

Gay marriage is wrong because it’s unnatural. Members of the same sex should not be romantically, let alone sexually involved. Just because other animals like penguins, dolphins, horses and monkeys have homosexual relationships, humans as the most advanced species on top of the food chain know better. We define what is natural and as such, can determine that something that occurs frequently in the natural world is unnatural.

Gay marriage is wrong because it denies children their birth-given right to a mother and a father. Children need a mother figure and a father figure in order to develop normally. Whereas being a single parent may in effect cause the child to only have only one gender figure as their role model, it is not the same, unless the single parent on a homosexual. A child will of course by the very nature of procreation always have a mother and a father, but it is widely suspected that if homosexuals were to raise children these children may themselves turn homosexuals, much in the same fashion as straight couples’ children do. As a 100% of homosexual children are born out of heterosexual coitus, it can only be speculated what may happen if they were born of any other type of coitus.

Gay marriage is wrong because it offends God. An omnipotent God would never create a person who is against every law they have written about love and marriage. When God said “you shall not lie with a man like you lie with a woman” He was not saying that it of course has to happen in a completely different manner or excluding women homosexuals from the act of sex, he was laying down the law and confirming that even though He loves a sinner and considers homosexuality a sin, it is a completely different matter when it comes to homosexual relationships.

Gay marriage is wrong because the church teaches that it is wrong. A marriage has always been a church blessed covenant and that is what it should stay as. As the government throws a vast amount of money into running two administrations which technically are the same thing and in doing so forces homosexuals to disclose their sexuality to the government, employers and anyone who happens to ask it in their various forms it still is the sole right of two people from opposing sexes to be called a married couple. Even though the church no longer has a monopoly on marriage, more people nowadays get married by government officials rather than priests and a marriage is a contract between the spouses as much as between them and the government, it still should be the right of only heterosexual citizens.

Gay marriage is wrong because people aren’t supposed to have equal rights, and because some people are just a little more equal than others. It’s not right to demand the same rights as the majority when you are part of the minority. Equality is reserved for people who are in the majority and this is the lesson we want to teach our children.

Gay marriage is wrong because homosexuals have chosen the lifestyle and accept that it comes with certain limitations. Gay people choose their sexuality as much as straight people do. Why they choose a lifestyle which causes them to experience prejudice and discrimination and even on occasion violence is still unknown.

Gay marriage is wrong because it would undercut the norm of sexual fidelity within marriage. Because we need this to determine whether our spouse is unfaithful to us. Without this significant piece of legislation we may never know.

Gay marriage is wrong because the very thought that two people of the same gender can love and respect each other and want to commit to each other in the eyes of the law as well in their hearts is unfathomable.

I’m gay get over it

An Old Rooster and a Young Chick Live Here!

I have a soulmate and I have a husband. They are not the same person 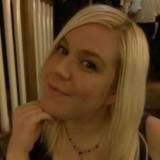