Southeast Africa is well off most tourist maps and guides. Thus, when I spent some wonderful time this enigmatic and charming country, I was puzzled. This experience has left me thinking about how this part of Africa does not attract more tourists. It has an Indian Ocean to the east, rugged highlands to the west and amazing wilderness to the north. It features abundant wildlife, stunning natural beauties, enthralling beach retreats and rich cultural heritage. Could anyone ask for more than that?

A bag full of surprises

Upon landing in Maputo, I was greeted by welcoming people and immediately felt that characteristic laid-back atmosphere. The first thing I noticed was a graceful Mediterranean-style architecture and wide avenues lined by flame trees. I decided to find the accommodation, which was nice and easy. I was surprised by the quality of the apartment I got and that wasn’t the last of the pleasant surprises that Mozambique had in store for me.

Bantu native culture is something I could spend years researching, but a few nice souvenirs had to cut it. I managed to find some cool handmade musical instruments made out of animal horns, skins and wood. The bustling local marketplace is a maze you can get lost in, but also a perfect spot to immerse yourself in the ambience of the capital city. You can see a lively Galabiyya-garbed man chit chat, Indian traders going about their business and women wrapped in picturesque calpulanas browsing the goods.

After some time in the busy urban area, I didn’t miss the chance to soak in the sun on a pristine tropical beach. Now, I’m not into scuba diving and game fishing, but locals were boasting about the conditions here being among best in the world. The turquoise water was crystal clear and, apparently, even an amateur diver like me could find some well-preserved coral reefs.

The next day I went on some horse riding on a beach in Vilanculos and I couldn’t have asked for more majestic scenery to do that. Feeling all tired after that I discovered that finding a delicious meal is a walk in the park. In fact, I swear that the cuisine of Southeast Africa is one of the best kept secrets in the world. They do like to use spices and seasoning like chili peppers, bay leaves, fresh coriander and sugarcane, but it suited my taste perfectly.

I guess the UNESCO-listed cultural sites like the lighthouse on Inhaca Island are a must-see, but I was more interested in wonders of Mother Nature at Bazaruto Island. When I headed for the interior of it, I was left spellbound. A series of freshwater lakes were unwinding before my eyes, while numerous water birds were clamoring in the distance. I tried to get close to one Flamingo, but when I spotted crocodiles, that idea soon vanished from my mind.

I had another truly special experience visiting the Gorongosa National Park, also referred to as a “place where Noah parked his Ark”. It is one of the richest animal refugees in the world, where elephants, buffalos, zebras and lions roam free. The Mount Gorongosa towers in the distance, with lush rainforest on its summit. Going through all the savanna and grassland we also encountered some limestone gorges, and some curious warthogs. I did not meet the old man Noah though, only his magnificent animals.

To me, Mozambique seems to have it all: idyllic beaches, exotic scenery, vivid culture and historic sites. Opportunities for adventures are limitless and so are places where you can just sit back and relax. My next stop is Zimbabwe because I cannot get enough of Southeast Africa. The breathtaking journey continues and I already have a truckload of breathtaking stories and a collection of life-changing memories to cherish.

5 Top Tips when flying with Ryanair

HOW TO STAY WELL WHILST YOU’RE AWAY 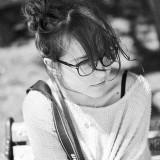 Sophie is a fashion enthusiast from Sydney. She's also hooked on decoration and crafty projects. Sophie enjoys writing and sharing her advice around the globe.