Botox: The Elixir of Youth?

Botox was once the preserve of over pampered, overly self-indulgent celebrities. We’ve all seen the results of bad Botox or fillers splashed across the papers and women’s magazines: over plumped plastic looking faces that just about manage to resemble a human being. It seems as if every woman (and many men) in the public eye doesn’t consider themselves camera ready if they haven’t had their frown lines and wrinkles ironed into submission. As is often the case, ordinary women want to copy their celebrity idols. They too want to preserve their youth and halt the march of time from showing on their faces. Botox parties, where women gather together to have a few glasses of wine and plump up their foreheads at the same time, are now an acceptable and accessible means of accessing this prescription only treatment. If you type ‘Botox’ into a search engine, you’ll be presented not with information on why you should or shouldn’t indulge, or of the potential side effects; but a directory of where to have it done and who can perform these procedures. It would appear that more and more ‘ordinary’ women are choosing to have Botox, despite the substantial costs and the fact that one or two treatments will never be enough.

I’ve considered having Botox a few times myself. In my twenties, I never gave a second thought to ageing. I sunbathed and smoked and enjoyed regular boozy nights out. I’ve always had good skin, and it simply didn’t occur to me that it wouldn’t stay crease free forever. In my early thirties now, I regularly panic about getting older. I spend time inspecting my frown lines and the creasing of my forehead. I’ve also spent quite a bit of money on various anti-wrinkle night and day creams, anti-ageing serums and wrinkle blurring primers. On hearing this, you would be forgiven for thinking that I’m a wrinkly old hag; and that children recoil from me in the street. Actually, I just look my age. However, that doesn’t stop me torturing myself with the magnifying side of the mirror; and furiously applying potions and lotions. I love the idea of having something done that smoothes out those lines; something that gives me back the face I had in my twenties. I love the idea of being asked for identification when purchasing my sauvignon blanc; and of people exclaiming over my youthful appearance. I have reassured myself about the relatively high costs of Botox by reasoning that I’d only need to get it done a couple of times a year. And, what price can I put on the confidence boost that having the face of a much younger woman would give me? Surely, I deserve that?

The media certainly accelerates our perception of a youthful appearance being the holy grail of attractiveness; and I’m no exception to that. I regularly see women in their thirties, forties and fifties in magazines and on television as well as the internet; who don’t appear to have aged much at all. Looking young, it would appear, is the key to being attractive, happy, wealthy and successful. I’m not the only person who has felt this pressure. A study by the International Society of Aesthetic Plastic Surgeons in 2011 found that there had been over three million Botox procedures performed worldwide. That figure looks set to grow, as more and more women like me allow their fear of the march of time to propel them into action.

In the world of cinema, there aren’t too many female A listers who are in their forties, and even less who are in their fifties. The actresses who are in their forties and continue to be in demand among the film producers do not appear to have aged very much at all. Julia Roberts retains her smooth, youthful skin and slender appearance. Gwyneth Paltrow maintains that her girlish looks are down to a special ‘macrobiotic’ diet. Jennifer Aniston retains her Californian locks with the face of a young girl to match. It would seem that any women who do manage to hang on to their A list crown in their forties all have a youthful appearance in common. And despite their claims, this is not down to juicing or fantastic facials. They’re all getting help from their doctors in the form of regular Botox injections and fillers. We mere mortals are made to feel inadequate by their claims of wholesome diets and working out several hours a day. Most of us have other things to do besides maintaining our appearance; but Botox is one way that we can easily achieve the same results as our idols, isn’t it?

Eva Wiseman (The Observer) says,
‘It has become so familiar, so landscapey, that now all comment on Botox wearily ignores the question of why people want it, and whether (and how) we should fight that desire’.
Why do people want so badly to look younger than their years? Women in particular are prone to insecurities about their appearance. This is exacerbated by the media portrayal of youth as such a valuable commodity. Despite all this, I won’t be having any cosmetic procedures done any time soon; and I believe that Wiseman is absolutely correct in asserting that we should fight the desire to change our appearance with fillers and injectables. If we don’t, where will it all end? The ‘Bride of Wildenstein’ was once a lone, freak mascot for surgery and aesthetic meddling gone wrong. Now, the puffed up, pillow faced look is considered normal and even desirable. The problem with Botox is, it’s not the magic elixir of youth. It’s a poison, and unless (and even if) it’s handled by the right person; you don’t end up looking like a younger version of yourself at all. You look slightly plastic, and your forehead is always suspiciously shiny. Done really badly, you’ll look like an inflated version of yourself. The most important issue is that Botox distorts your face, even if done by a professional. So, each time you have those lines eliminated; you look a bit less like the girl you used to be. In addition, Botox can harm your relationships with others. According to Tanya Chartrand, neuroscientist,
‘Using Botox to paralyse facial muscles makes it difficult to read others’ emotions and harms our ability to empathise’.
If your face remains expressionless despite feelings of stress, happiness, anger or pain; you’ve reduced people’s ability to understand how you’re feeling. We vastly underestimate how much we use the reading of facial expressions to understand people’s positions and how they are feeling. Is it really worth potentially damaging your relationships; just to smooth out a few wrinkles?!

Because Botox hasn’t been in use for long, we don’t actually know what the long term side effects could be. Yes, many doctors consider it safe, but they used to say that about smoking! So, I’ve come to a conclusion. I’m going to accept myself, lines and all, the way I am. I’m going to remind myself that real beauty is not about looking as young as possible. It’s about making the best of what you’ve got; being fit and healthy; and most importantly, being happy and fulfilled. A happy person who is achieving their goals and dreams looks attractive; whether they have a few frown lines or not. A woman who smiles; and has such a full life that she doesn’t have time to bemoan a few wrinkles, is always going to be beautiful. We should question the nonsense we are fed by the media about youth being the ultimate accolade. What’s wrong with looking your age, whatever age that is?!

Should women wear make up?

Should Women Wear Make-Up? The Counterargument. 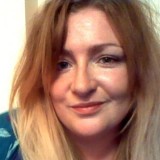